This text contains references to self-hitting

Tink and I (I am Daniel Oliver a dyspraxic performance artist and currently out-of-work drama lecturer) have been having chats about Tink whacking themselves for this film. The idea is that I act as a kind of outside eye/ear to help think Tink to help Tink think through different aspects of the work – a sort of dramaturg who focuses on what the experience for the audience might be like – in particular trying to ensure the audience are going to be ok with it. One way of doing that is by writing this and then having it available for audiences to read. I hope it works. Part of the reason I’ve been invited in to do this is because of our shared experiences of neurodivergency. As a dyspraxic I’ve probably already spent too much time telling you what I’m trying to do rather than just doing it. I’d like you to be ok with that. Just like we’d like you to be ok with Tink whacking themselves in this film. By ‘being ok with it’ we mean ok like when you ask someone ‘are you ok?’ but also we mean ok like understanding that this is not something or someone that needs fixing, or someone who is in pain, that this is not a victim, and not someone or something you need to stop. “It’s just not a big deal” says Tink in one of our chats. They also say that if more people were okay with it they might do it more.

If only it was as easy as just asking people to be ok with stuff… especially neurodivergent stuff. For many of you, of course, you will be ok with it because you will recognise this whacking as something you do as well. Ideally you’ll feel even more ok with it, and even more ok with yourself for doing it, after seeing someone else coming out about doing it in such a careful and beautiful and bold way. For the rest of you, luckily, you’ve got me here to add what people like to call ‘some context’.

Text continues below the image… 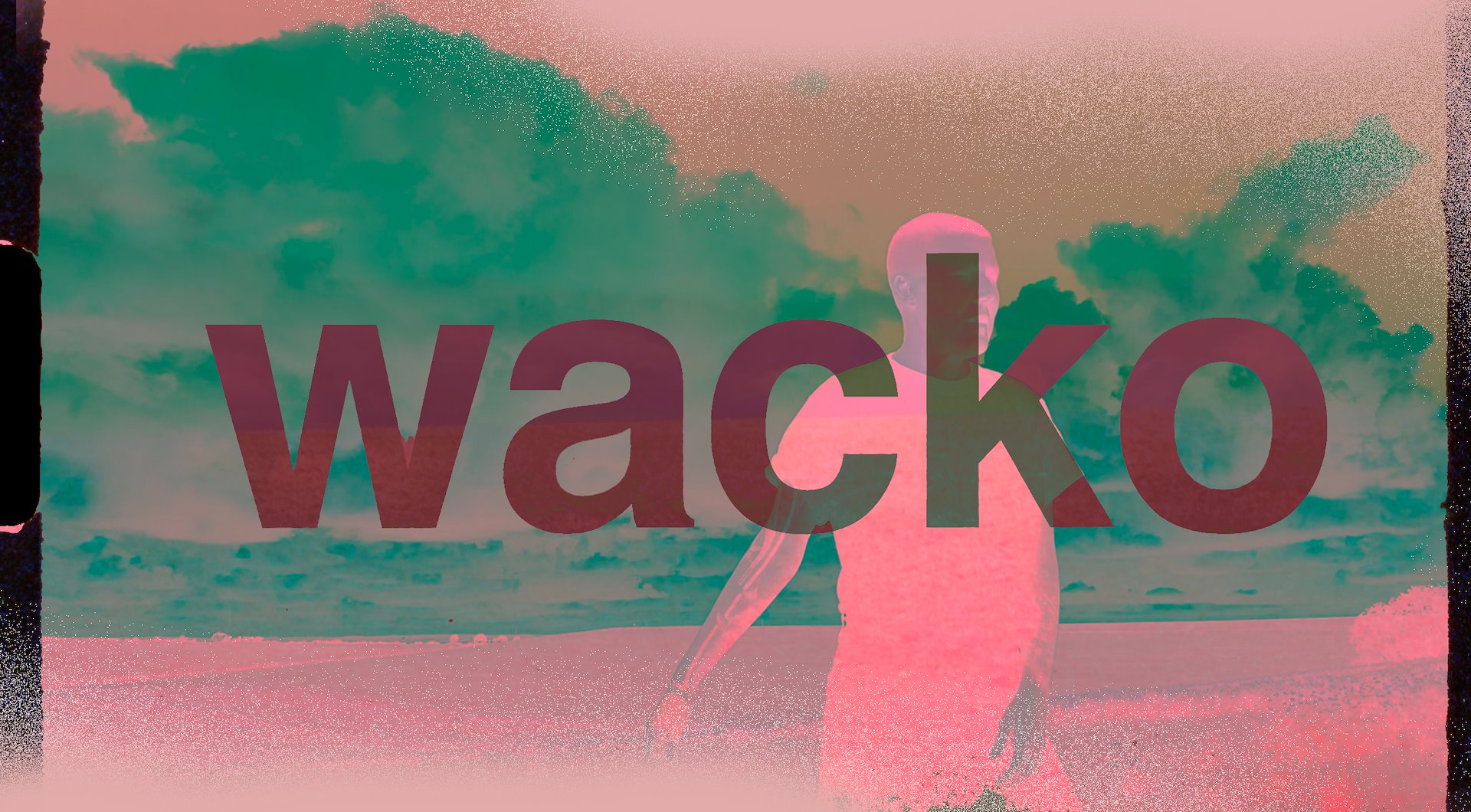 In one of our chats about Tink whacking themselves, they pointed out that such acts are often referred to as ‘self-harm’ or ‘self-injurious’. The National Autistic Society, for example, states that about ‘half of autistic people engage in self-injurious behaviour at some point in their life’*. ‘Face or head slapping’ is included on their list of ‘self injurious behaviour’.** However, we’re uncomfortable with the assumptions about intentions and outcomes that are caught up in the words ‘harm’ and ‘injury’. As a performance academic and fan and maker of weird performance stuff I’m aware that artists are often forced into deflecting what Dominic Johnson describes as a ‘pathologising’ of ‘invasive knowledge of one’s own body’ when they include blood-letting, pain, or other exposures and explorations of bodies in performance***. However, as a dyspraxic, I’m also aware that things aren’t always that straight forward when it comes to accounting for agency and intention – especially when it comes to activities that conjure an urge to interfere from those who witness them. Where some transgressive, body-focussed live artists might draw out an occasional misguided act of amateur diagnosis from uppity audience members, my clumsiness and Tink’s whacking already come with diagnoses. We even name them in our descriptions. I describe my performance as ‘unabashedly dyspraxic’, and Tink is open about the connection between self-whacking and autism. What I mean by this is that diagnosis is part of our context. We invite you to view these parts of our performances and films (and this writing) as autistic or dyspraxic. And then we want you to be ok with it (we also want you be ok with the kinds of body-exposing and exploring practices Johnson refers to). It’s just not a big deal.

“The fucking noise!” said Tink immediately after we viewed an early draft of the film together, referring to the thwacks of the whacks to their face. And to be honest, I’m not sure, for a lot of that early film, that I was ok with those thwacks and whacks in the way we want you, the audience, to be ok with them. And that’s not just because we didn’t have some kind of accompanying text like this to read and tell us to be ok with it. I was filled with unwanted feelings of toxic sympathy and misguided concern. Despite our rigorous and insightful conversations about Tink’s ownership of their story and their actions and their authority over their body, I couldn’t switch off the part of me that questioned their control and agency as they knocked themselves about in that field. And then, in the film, Tink turned to Susanne, the person behind the camera (and therefore, I guess, a sort of stand in for me and you), and asked softly and caringly if she was alright (and therefore, I guess, asked me if I was alright). This experienced and expertly conjured softness did nothing to deny how at home Tink is with violence, but it did dissolve my anxieties and resolve the questions I had around Tink’s wellbeing in the film. That display of expertise in care for Susanne, and for us, in turn affirmed Tink’s authority and ownership over their own needs, and the importance of these personal rituals, like this whacking, that keep them well. It allowed me to feel ok with it and it allowed me to feel ok about not feeling ok with it. I didn’t need some writing by me to help with that, I just needed to think Tink as Tink thinks Tink, all the Tinks – but especially the whacking themselves Tink and the checking we are all alright Tink.

If you would like to engage with the artist or the work, please leave a written comment, or upload your audio, video or still image below

filmpro curates homepage
We use cookies on our website to give you the most relevant experience by remembering your preferences and repeat visits. By clicking “Accept All”, you consent to the use of ALL the cookies. However, you may visit "Cookie Settings" to provide a controlled consent.
Cookie SettingsAccept All
Manage consent

This website uses cookies to improve your experience while you navigate through the website. Out of these, the cookies that are categorized as necessary are stored on your browser as they are essential for the working of basic functionalities of the website. We also use third-party cookies that help us analyze and understand how you use this website. These cookies will be stored in your browser only with your consent. You also have the option to opt-out of these cookies. But opting out of some of these cookies may affect your browsing experience.
Necessary Always Enabled
Necessary cookies are absolutely essential for the website to function properly. These cookies ensure basic functionalities and security features of the website, anonymously.
Functional
Functional cookies help to perform certain functionalities like sharing the content of the website on social media platforms, collect feedbacks, and other third-party features.
Performance
Performance cookies are used to understand and analyze the key performance indexes of the website which helps in delivering a better user experience for the visitors.
Analytics
Analytical cookies are used to understand how visitors interact with the website. These cookies help provide information on metrics the number of visitors, bounce rate, traffic source, etc.
Advertisement
Advertisement cookies are used to provide visitors with relevant ads and marketing campaigns. These cookies track visitors across websites and collect information to provide customized ads.
Others
Other uncategorized cookies are those that are being analyzed and have not been classified into a category as yet.
SAVE & ACCEPT

Please be aware that this work contains: